* In case of any delay in receiving the OTP, you may verify it later. Please proceed without verification.

Enter your City name or Pincode

Barh is a small town in the Patna District of state of Bihar in India. It is located on the southern bank of the river Ganga. It is a place well known for its Umnath temple which is a common cremation place for most of the Hindus. It is also famous for its Alaknath temple. The town is co-ordinated at 25.48°N 85.72°E with an average elevation of 154 ft or 47 meters. 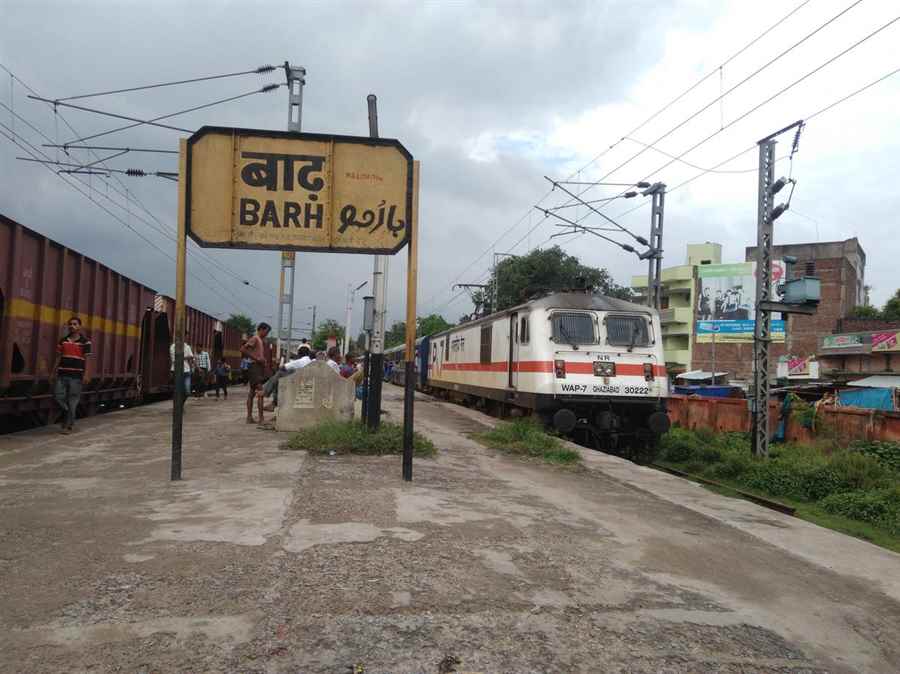 Barh was one of the largest lentil and pulses producing town in the British Raj. The closeness of the town to the bank of Ganga River also made it a famous port for the British to go to and fro from the then capital Calcutta. The town’s name must have been derived from the Persian word Bargah meaning twelfth which was the then position of the town. It is also believed that the town was named after the Hindi word Barh. This is so because the town is low lying and was frequently flooded a lot by the water of the Ganges. Hence this evolution of the name is a possibility we cannot rule out. There are sources also suggesting that the town might have got its name as the first bar was set up in this town.

Barh does not has a direct air connectivity. The nearest airports of the town are the Patna airport and the Gaya airport. The Patna airport is only 53 km away and the Gaya airport is 104 km away. The town has its own railway station which goes by the name of the town itself. The railway station connects the town to major cities in the state and the country. There are regular trains available to the town. The town has a bus stop as well. It lies on the national highway 31. This helps in connecting the town to major cities in the country and state. Therefore, reaching the town is never a problem.

Barh is known for lentils and pulses productions. Hence, most of the economy comes from the cultivation of lentils and pulses. Apart from this the town also has an energy unit set up. NTPC Ltd. is one of the largest power generating companies in India. This company was laid down by the then prime minister Atal Bihari Vajpayee. Hence, a major population of the town is also engaged in work in this power generating unit.

The town is famous for a lot of historical structures. Some of the structures include the Barh court area which is 150 years old. The Umnath temple is also said to be 800 years old. A mosque which is believed to be constructed by the daughter of Mughal emperor Aurangzeb is also situated in the town. The tomb of Suleiman Christi made by Pathan emperor Sher Shah Suri is also in the town. These famous historic sites invite a lot of tourism along with the peace and serenity that you get in the town. The town has an array of hotels and lodges to choose from. You can choose the most suited hospital for you and enjoy a comfortable stay in the town.

There are number of restaurants in the town. You can enjoy various local delicacies by visiting them on weekends. Some of the famous ones are listed below.

Indulge in shopping sprees when in town also spend on some of the town specialties. From street shopping to big shopping complexes you can find all and more in this fast developing city of Bihar.

The town is also prepared to handle any kind of medical emergency. From hospitals to chemist shops you can find presence of all in this city of Bihar.


Others Services in Barh

The town has various chowkis set up throughout the town but it has one main station. This station is well connected with all the chowkis and is easily accessible by the local public.

The town has one theater where you could enjoy local cinemas and movies as well as plays. This is a fun outing for children as they get to experience something new.

Comments / Discussion Board - About Barh